Justice: Seek It, Pursue It, Secure It, and Maintain It 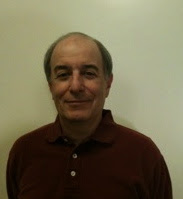 Last spring, as a recently retired attorney, Roger Price had the time to satisfy his curiosity. So he enrolled in Evanston's Citizen Police Academy. Since justice is Beth Emet's theme for 2011-2012, Roger's reflections kickstart our attention to things justice-oriented in the community that surrounds Beth Emet: Evanston.

Justice is a core Jewish value. We are urged to seek it, pursue it, secure it and maintain it. In our community, those tasks are often delegated to professionals and we generally know too little about who they are and what they do. Last spring, I decided to learn more. I enrolled in Evanston’s Citizen Police Academy, as part of its thirty-third class. What an experience!

I met police officers, many surprisingly young, who see on a daily basis what a lot of us would prefer not to see. They told us what many do not want to hear. They serve and protect all who want service and protection but would pass on the details, the financial cost and the personal toll on the responders.

I did not get to meet Horatio Caine or Det. Mac Taylor, but I did hear from some very real officers who talked about all too real, all too disturbing, often all too sad stories, of people at all stages of life who were engaged in conduct that ranged from premeditated and evil to simply sloppy or stupid.

I heard officers speak from the heart of the challenges they face, not just the budget constraints, but the challenges of scrutiny, probity, confidentiality and fear. They live in a world where everyone is a suspect until proven otherwise and the discretion they use, the decisions they render, often without full knowledge of a situation, can literally make the difference between life and death for them or someone else.

And I heard officers speak, with incredible pride, about the work that they do, about the satisfaction that they have in assessing and resolving a difficult problem, about being able to alter another human being’s life. How many of us really get a chance to do that, especially up close and personal and on a regular basis?

I also had the privilege to ride along with a police officer. At first the ride was mercifully dull. The city was quiet. And then, with lights and sirens and a gulp in my throat, we were off to face the unknown. I saw up close and personal the aftermath of a home invasion, with a rear entry glass door smashed, broken glass all over a den floor and a broken heart of a violated homeowner. Minutes later, I saw the arrest of three young adults, stopped initially for littering and then for possession of controlled substances.

By graduation, we covered topics as varied as animal control, dispatching, criminal investigation, domestic violence, evidence collection, chaplaincy and gangs. I had gained a good deal of knowledge about programs, procedures and policies. But more importantly, I had a chance to meet some real heroes, to paraphrase Raymond Chandler, men and women who down these sometimes mean streets must go, yet who themselves are not mean, who are neither tarnished nor afraid.

Crime, we are taught at the Academy, occurs where the community allows it. And the Evanston Police Department is a small force – less than half the size of the estimated gang population here. For a safer and better community, police and citizens must work together. Anyone concerned about our hometown and mindful of our obligation to seek, pursue, secure and maintain justice should consider participating. Academy Class 34 begins in the fall. Go to lspells@cityofevanston.org.

Roger Price is the blogmaster of www.judaismandscience.com.
Posted by Ellen Blum Barish at 11:23 AM

Roger's post opens the door to many possible discussions, some related to Beth Emet's theme for the coming year, Pursuing Justice, some related to the content of the article itself, and some tangential but possibly worth discussing -- and to paraphrase Hillel, if not here, where?

In the tradition of the Beth Emet Kahal, where divrei Torah are followed by the posing of questions for discussion, let me set forth a number of diverse items that piqued my interest to see if any of them elicit responses from the community.

1. The introduction to Roger's account references justice as Beth Emet's them for "2011-2012." Might it be more Jewish if we were to be referencing this as our theme for 5772?

2. How the lay and professional leadership of the congregation plan to give life to the Pursuing Justice theme has not yet been announced. In the four years I've been a member of the Beth Emet community, I've gotten the impression that pursuing justice is part of the Beth Emet DNA. Mah nishtana hashanah hazot....?

3. Roger says "Justice is a core Jewish value. We are urged to seek it, pursue it, secure it and maintain it. In our community, those tasks are often delegated to professionals." Roger is, of course, referring here to the community's delegation of maintaining law and order to the police. But were we not to so delegate, wouldn't we be setting ourselves up for vigilante justice?

4. What other core values do we delegate? Not to point a finger at anyone at Beth Emet, don't we all know people who, other than at the High Holy Days, have essentially delegated the business of being Jewish to the clergy?

5. Coming back to the text of what Roger wrote, I see it as unlikely that any substantial number of members of the Beth Emet community will take him up on his suggestion to enroll in the Citizen Police Academy. (I'd be perfectly happy to be wrong about this.) But in a more plausible because less intensive framework, and mindful of our obligation to seek, pursue, secure and maintain justice, how should we as indviduals and as a congregation be working together with our police departments for the safer, better community of which Roger writes?