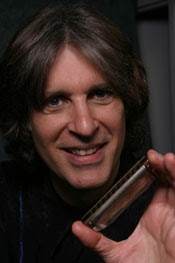 Not only does Beth Emet have talent from the inside out, the congregation sure knows how to attract it from the outside in.

On April 30th, the sanctuary and Weiner Room were transformed into Beth Emet Bistro and the bima was thick with talent. There was Gilbert & Sullivan, original piano and guitar songs, a three-part harmonic opera, guitar, voice and saxophone solos, a hypnotist, a piano duet, belly dancing, and a guitar-mandolin-fiddle-voice band was born (and recently played a local coffeehouse.) Ticket sales, a cash bar, a silent auction and our hosts Mark Caro and Mary Dixon helped Beth Emet raised some money as well as a few glasses to cheer the talent on. The evening was topped off by an inspirational drum solo by the Grammy-winning Paul Wertico. Judges were Elaine Knobel and Andy Shaw.

Here is a taste of Rena’s talent, singing a Beatles tune with her father Dave Newman:

The following weekend, the same space where we pray each week became an intimate nightclub setting featuring improvisational harmonica and piano from Howard Levy and friends. This time, the bima was crowded with drums, a bass, a guitar, microphones, two pianos and a whole lot of harmonicas. Howard Levy, who, with Cantor Arik Luck, took Jewish music based on Mi Sinai themes including Kol Nidre, Oseh Shalom and several prayers from the high holidays played it and sang it like none of us have ever heard it played before and we will never forget.

To give you a taste, here is Howard Levy transforming “Modim” with our former Cantor Jeff Klepper in 1995 (not at Beth Emet)

Off site, but not too far from the bima, during the weekend of April 30th, an entirely new generation of talented Beth Emet kids were knocking the musical “Hairspray” out of the park at Evanston Township High School. Some of the Beth Emet kids included Ben Nidenberg, Leah Chernoff, Max and Daniel Antman and Oliver Manheim.

Posted by Ellen Blum Barish at 7:28 AM

Andy Shaw and Elaine Knobel were joined by a third judge, Mareon Arnold, who paid dearly for the privilege, and who knocked off some pretty good ad libs in commenting on the various performances.

As we all know, the Academy Award broadcasts succeed or founder on the skills of the M.C. With all due respect to the talent displayed in the acts, we also saw bravura performances from Mary Dixon and Marc Caro, not just as hosts but as auctioneers and impresarios.

Finally, notwithstanding the excellent show, the star turn of the evening went virtually unheralded. I refer, of course, to Tamar Selch's chocolate lollipops!