A Little Schmaltz and Brisket 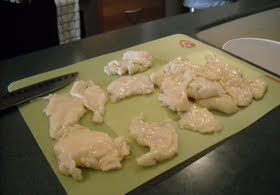 We may be weeks past Passover, but for Jews who love food, it's never the wrong time of year to talk about brisket and chicken fat.
My friend Nina Barrett, a James Beard-nominated food reporter for WBEZ and Evanston resident, interviewed Ina of Ina's Kitchen last week to look at the uses for chicken fat that you may never have thought about before. In 2008, she spoke with Rabbi Knobel to get his take on brisket.
Have a listen!
Getting Schmaltzy
May 2011
http://www.wbez.org/episode-segments/2011-05-12/fear-frying-culinary-nightmaresmdashgetting-schmaltzy-86448
Battle of the Briskets
April 2008
http://www.wbez.org/episode-segments/battle-briskets
Posted by Ellen Blum Barish at 8:35 AM

So what have we learned? We knew before this that Rabbi Knobel is a diplomat, and that his counsel on food and wine pairings is to be taken seriously.

I did learn about brisket anxiety -- I thought that this was about as failure-proof as any food could be. In my experience, the make-or-break is not in cooking the brisket but in slicing it.

The other missing link in the story as presented is the side dish pairings with brisket. In the seder context, such possibilities as kasha varnishkes or farfel with mushrooms are eliminated, which leaves kugel (matzo or potato) or latkes. And speaking of latkes gives me a segue into discussing schmaltz.

Prior to Chanukah, I engaged in an online debate with Rabbi Phyllis Sommer, our neighbor to the north (Am Shalom, Glencoe), on whether the appropriate topping for latkes is schmaltz or sour cream. You can read it here: http://blogs.rj.org/reform/2010/12/the-big-debate-applesauce-vs-s.html.

In my argument, I cited the need to cook the latke in schmaltz as a primary argument for applesauce. (The kashrut laws against mixing milk and meat would prevent using sour cream on a schmaltz-prepared potato pancake.) Immediately my cousin Esther and my sister-in-law Judy descended on me to say that the family latkes were always prepared with peanut oil, that schmaltz was too precious to use in such a mundane fashion, and should be saved for chopped liver or for shmearing on pumpernickel.

Now if I had argued for applesauce because obviously the latkes were going to be served alongside brisket, I would have been on safe ground.